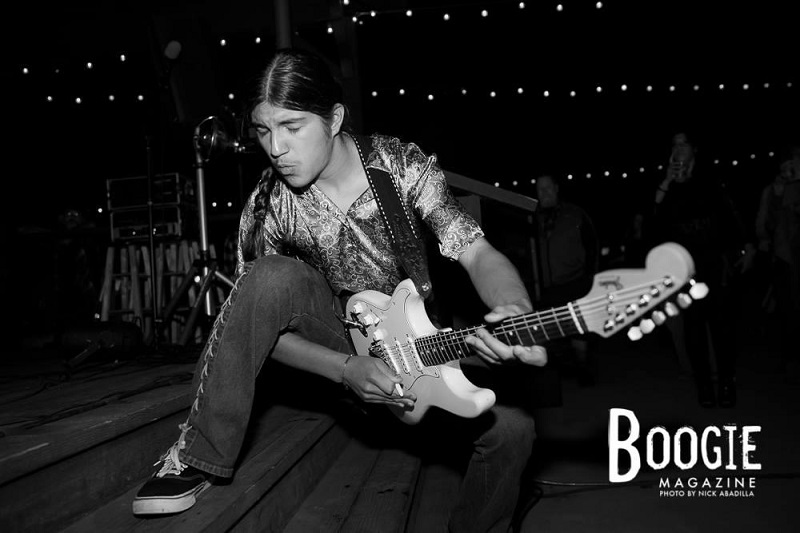 Anthony Cullins aka "The Fallbrook Kid," is a young musical prodigy whose guitar playing ability is years beyond his age. Anthony's musical influences include R&B, funk, rock and blues, prominently displayed in his eclectic improvisational style, ranging from Jimi Hendrix and Eric Clapton to George Benson and Wah Wah Watson with dozens of influences in between.

He's had the opportunity to share the stage and jam with a wide array of notable musicians including Rock & Roll Hall of Famer Greg Douglass (former guitarist with the Steve Miller Band), blues harmonica great, James Harman, guitarist Laura Chavez, (voted by Guitar Player Magazine as one of the top 50 women guitarists in the world), former Ike Turner bassist, Kevin Cooper and first call session guitarists, Gino Matteo and Stevie Salas to name a few.

Above all that, his guitar prowess speaks for itself no matter who is joining him on stage as duly noted by Boogie Magazine: "Anthony has guitar skills reminiscent of young guitarists Joe Bonamassa and Jonny Lang." This comparison came to fruition in May, 2018, when he took first place at the Dallas International Guitar Show's "Young Guns" showcase, featuring a host of 20 year olds and under guitar slingers from around the world. "It was such an amazing experience, I enjoyed every second of this humbling moment." His dad and manager, Kenny Cullins, couldn't be happier: "I got teared up and was full of joy and pride as they drug Anthony away to several photo shoots, I just smiled and thought to myself how happy I am for my boy and that all of the hard work is paying off." In addition, Anthony was recently selected as "Best Youth Original" at the 2016 Temecula Valley Music Awards and was honored to be included in Bradley Zink's best selling Amazon book, "Band Together," highlighting an assortment of Southern California's youths that are the future of Music and Performing Arts, featuring Anthony and his band, The Fallbrook Vigilantes.

The future is bright as Anthony ponders his upcoming strategy post high school graduation in 2019. "It would be a dream come true to attend the Berklee School Of Music in Boston, but for now my goal is to play more festivals and generate a new musical idea every day."

In the meantime, thanks again for visiting and please feel free to check out Anthony's upcoming events, videos and press features for a full and complete in depth look and listen to this future guitar hero.

Anthony has had the opportunity to play with and study under many great musicians that have been on the music scene for several years. Some of the musical legends he has been honored to sit in with include: